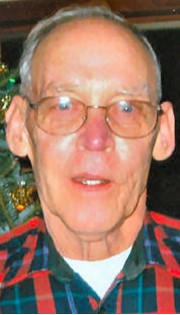 A Mass of Christian burial will be at 10 a.m. on Tuesday, May 20, at St. Margaret's Catholic Church in Riverton, with the Rev. Father Andrew Duncan officiating. Interment will be in Mountain View Cemetery in Riverton.

There will be a Tuesday visitation starting at 9 a.m. until 9:45 a.m. at the Davis Funeral Home and a procession to St. Margaret's Catholic Church will follow.

Patrick Joseph Griffin was born in Ridgeville, Ind., on Jan. 10, 1933, to Harold and Elizabeth (Cummins) Griffin.

Mr. Griffin enlisted in the U.S. Navy on March 4, 1952, and served for four years. He was honorably discharged as a Korean War veteran. He also served in the Naval Reserves for over eight years.

He was preceded in death by his first wife, Rena Rae (Sullivan) Griffin in 1973; his parents; and a sister, Mary Ellen.

Memorials may be made to Lakeview Hospice or the American Lung Association.

Online condolences may be expressed at www.oconnellfuneralhomes.com and on-line obituaries are available and condolences for the family may be made at: thedavisfuneralhome.com