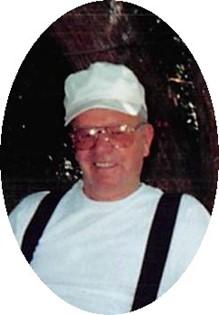 Jack Cuthbertson, 88, of Lander died on Saturday, February 4 2017 at Westward Heights Care Center. According to his wishes, cremation will take place and there will be no services.

Jack Cuthbertson was born on January 2, 1929 in Rock Springs, WY to Dave and Mary (Murinko) Cuthbertson. He attended schools in Rock Springs graduating from Rock Springs High School with the class of 1946. After graduation he joined the U.S. Air Force and served until 1949 when he was honorably discharged. He then attended the University of Utah for a year.

He met his wife, Joan Irene Morgan, while working for Mountain State Telephone & Telegraph Co. They were married on October 11, 1952 in Moose, WY. They shared 59 years together before Joan passed on 09/10/2012.

He started working for the phone company in 1950 as a cable splicer. He took a short break from the phone company and went to work for F.M.C. in Green River from 1953 to 1954. He went back to the phone company and worked in various positions in Worland, Sheridan, and Douglas. He retired in 1985 after being a foreman in the Central Office, where the switching equipment was housed. He and Joan then returned to Lander.

He was a past member of the Kiwanis, American Legion, and Moose Club all in Douglas, and the Elks Club while in Worland and Sheridan.

He is survived by his brother, William Cuthbertson of Plano, TX.

He was preceded in death by his parents, Dave and Mary Cuthbertson and wife, Joan Cuthbertson.