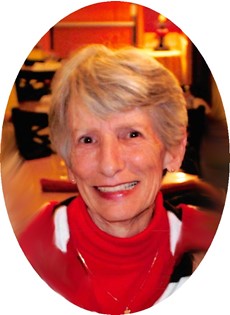 Guestbook 3
Judy Gasser passed-away on February 5th, surrounded by the loving embrace of her daughters and family, at Help for Health Hospice Home, in Riverton, Wyoming. Her death followed a brief, brave struggle with Cancer. In Celebration and Honor of Judy’s Life, a Memorial Service will be held at Davis Funeral Home, in Riverton, on March 4th at 2 pm. Chaplain Echo Klaproth will be officiating.

Judy was born at Saint Luke’s Hospital in Kansas City, Missouri. She was the youngest of three children, the daughter of an attorney, Benjamin Wood Swofford (who would later became a Missouri Court of Appeals Judge and Chief Judge). Her loving, always helpful, housewife mother, Martha Cary Swofford, was patient, humorous and (usually) found her children to be helpful, interesting and obedient. The family lived in the beautiful, tree-filled Southside neighborhood of Brookside, in Kansas City, Missouri.

Judy loved other kids, all pets, playing jacks, sandboxes, bike-riding, tree-climbing, playing “guns” (cap guns with “the guys”), helping Mom cook (?), reading books and all comics, playing with her friends, and (true!) going to school. She was a very busy, enthusiastic “Kiddo.” (Her nicknames were “Kiddo” and “Jude,” neither of which she’d answer to.)

Judy, and her two siblings, would spend most of the summers with their Grandmother, Ruth Vardeman Cary, in the high valley town of Nederland, Colorado, where they greatly enjoyed the family log cabin, “Crowded Inn.” (And it was!) There, she discovered large mountains, small chipmunks. (who would bring out their "kids” each summer to introduce them to the Humans, when they arrived in June. By the time they left, the little ones were tame, eating unsalted nuts out of their hands. And introduced their own young ‘uns the next summer!) Judy loved trout streams, butterfly nets, different flowers (esp. Indian Paintbrush), deer, horseback rides, tire swings, afternoon naps, and hiking the many high trails & graveled roads -- always warmly overseen and protected by their ever-watchful “Gaga,” who calmly guarded, fed, laughed & patiently taught them many special things. (Canasta, for example.)

Judy attended Border Star Grade School, and Southwest High School, in Kansas City, where she was an active, very involved (and loud) member of the Southwest Choir, which was featured in many popular concerts for a large number of civic organizations, as well as singing in holiday and religious events. They entered talent shows, and they even recorded their own (vinyl) albums. She did a great deal of Volunteer Work at the neighborhood YMCA, helping out with Youth Groups, and other activities at that large, busy “Y.” Judy was graduated from Southwest in 1963.

On October 17, 1964, she married Bradley Newton Davis, in Kansas City. Brad’s wonderful grandmother, Ruth Davis, was a next door neighbor, beloved by the entire Swofford Clan! Their union was blessed with two children, Tracy and Courtney. They moved to Riverton, Wyoming, in 1976. Judy worked for Edith's Floral Shop for 17-years, becoming as family with her co-workers. Even after her employment there ended, all of the ladies continued a nice monthly lunch gathering together, a group which remains active today, though as a somewhat smaller group of remaining friends.

In the latter part of her life, Judy found love again, marrying Ralph Gasser on May 9th, 1998, in Reno, Nevada. Judy enjoyed the company of her new extended family with Ralph's grandchildren and great grandchildren.

She spent much time reading, gardening (growing a luscious raspberry patch), bird-watching, and playing with her two cats, Sadie and Abby. She loved any and all animals that showed-up on their lawn. She often fed squirrels, rabbits, birds, and even a raccoon! "The Voice" was one of her favorite TV shows, and if you called during that program, you were always greeted by the Answering Machine -- don't dare interrupt her on Monday or Tuesday nights!

In addition to working for Kmart, Judy cared for Ralph through the end of his life on August 14, 2014. During Judy's final months, she accomplished a few of the old items on her Bucket List. But one lingering item never came to fruition -- petting a buffalo! (Her brother used to kid her about petting and adopting the grizzlies, who might wander down into her yard from Yellowstone Park. Neither a buffalo, nor the grizzlies, ever appeared.)

Judy was predeceased by Ralph Gasser (her loving husband of 16-years), and her parents and grandparents.

Judy lived her life with incredible humor, nerve and compassion. She kept everyone near to her focused, as well as teaching us all the importance of being honest, gentle and kind. We will hear her strong, warm laughter until we, ourselves, shall pass.

In lieu of flowers, Memorials may be given in Judy's name to P.A.W.S for Life, or the Help for Health Hospice Home.

A very heartfelt, sincere “Thank You” is given to Hank and Linda Overturf -- the very best, most caring and kind “Neighbors" anyone could ever wish for, or be blessed with. All of the wonderful, loving, patient, concerned Caregivers at the Help for Health Hospice Home have our enduring love and deep appreciation for making Judy comfortable during her final days, and for so very gently helping the family, especially her daughters, cope with and endure this sorrowful time.