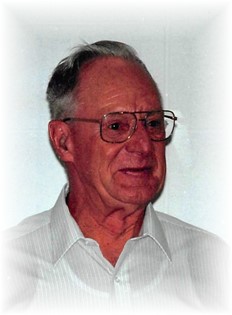 Guestbook 3
Homer D. Cauthon, 88, of Riverton died Thursday February 9, 2017 at the Help for Health Hospice Home in Riverton. Funeral services will be at 2 p.m. on Wednesday, February 15, at the United Methodist Church of Riverton with Reverend Deb Olenyik officiating. Inurnment of cremated remains will follow the service at the Mountain View Cemetery.

After graduating from high school in Scott City, Kansas, Homer helped out on the family wheat farm before going to Kansas City to attend airline schooling, He then went to Denver Colorado, to apprentice for Frontier Airlines, and next to Wyoming where he worked at the Riverton Airport for twenty-eight years.

To complete his years of employment with the airlines, he had to move to Omaha, Nebraska for five more years of service with Peoples' Airlines. Upon moving to Omaha he asked Dorothy S Crail to marry and go with him. They were married on November 16, 1983.

When Homer retired, they moved back to Riverton, where they got involved with the Good Sam RV Club and enjoyed several years of camp-outs and dinner meetings, with the other members. Many winters they also pulled their fifth-wheel camper south to Arizona for warmer weather.

After Dorothy passed on he remained in the home they shared for 4 years and then moved to the Showboat Retirement center until he became ill.

He was preceded in death by his parents, his two brothers, and his wife.

Memorials may be made to the Help for Health Hospice home in care of Davis Funeral Home, 2203 West Main Street, Riverton, WY 82501.

Services are under the direction of Davis Funeral Home (thedavisfuneralhome.com)