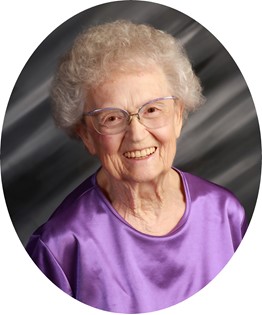 Guestbook 5
Funeral services for Margueritte Ellen Walters, 79, will be held 2:00 p.m., Friday, February 17, 2017 at Davis Funeral Home with Robert Brewer officiating. Interment will follow at Mountain View Cemetery. A viewing will be held noon until service time Friday. Memorial contributions to the Historical Society or the Fremont Co. ATV Assoc. in care of Davis Funeral Home would be appreciated.

On June 19, 1955, she married her high school sweetheart, Donald Lee Walters at the Trinity Lutheran Church in Riverton, WY.

Mrs. Walters worked in the Casper College Cafeteria, where she was much loved by students and faculty alike. She also managed Payless Shoes, worked as head hostess/waitress at the Ramada and worked at Control Data Corp., Lou Taubert’s. Margueritte sewed, sewed, sewed for family friends and many customers. She mostly sewed many incredible clothes for her family, whether it were for kids, siblings, nieces, nephews, or grandkids. She made everything from undies to outerwear, prom dresses, and wedding dresses. She also made cheerleading costumes for Shoshoni High School and theatre costumes for several family members. She made quilts for several family members, and had many more planned at the time of her passing. Margueritte was a super cook, of homestyle and comfort foods. Nobody ever went away from her table hungry. And, there was always enough 'just in case' somebody stopped by at suppertime. Her homemade bread, cinnamon rolls, chili, ham & beans, stuffed peppers and fried chicken and wild game would always satisfy the hungriest appetites.

Margueritte loved Cowboy and Western History as well as Rodeo, which she followed avidly for many years. Old time and classic Western music was her favorite to listen to. When she was young, she and Moose would go dancing, and she loved it!

Margueritte chaired the Wyoming Patriot Group, Wy Right to Rights, and was active in Wyoming Right for Life in the 1970’s and a member of the Fremont County Historical Society. Mrs. Walters was also a member of the Nazarene Church and the Trinity Lutheran Church in Riverton until 1962.