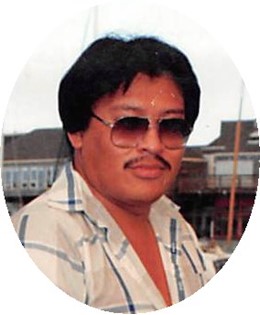 Guestbook 0
Funeral services for Allen “Moe” Vaughn Behan, 52, will be held 10:00 a.m., Friday, March 10, 2017 at St. Stephen’s Catholic Church with Father Jim Heiser officiating. Interment will follow at the Arapaho Catholic Cemetery. A Rosary will be held at 7:00 p.m., Thursday, March 9th, at Great Plains Hall with a wake to follow.

Mr. Behan died on March 6, 2017 at the University of Utah Hospital.

He was born on December 30, 1964 in Riverton, Wyoming, son of William Joseph and Marie Claire (Bell) Behan. His Indian Name was Warrior Path.

Moe attended the Indian schools in St. Stephens, Wyoming. He lived his entire life on the Wind River Indian Reservation and was raised by his grandfather, Ben Friday, Sr.

Mr. Behan enjoyed watching t.v., going for walks, visiting friends at casinos, and hanging out with family especially his grandkids.