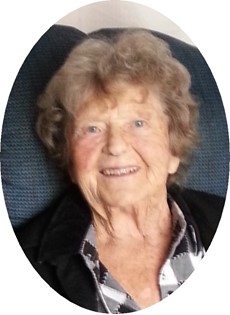 Guestbook 8
Our beloved wife, mother and grandmother, Ruth (Keller, Fuson) Mason, passed into the loving arms of Jesus, on March 11, 2017 at the age of 83. She was surrounded by family in Grand Junction Colorado where she has lived for the past three years.

She met and married an amazing man John Elliott Fuson and had four children. John Jr. died in infancy and John Sr. passed after open heart surgery at the young age of 32.

Ruth then attended college and began working as an accounting supervisor for the United States Geological Survey Department. When the department relocated to Denver she decided to take an early retirement.

Blessed by a second cherished love, she married Donald Dale Mason on December 8, 1967 in Casper Wyoming. They would have celebrated their 50th anniversary this year.

In Dubois, she helped start Don’s new career as an independent trucker. Don and Ruth traveled to all 50 states either by 18 wheeler (Dad’s truck) or with their pickup and camp trailer. Ruth was a happy, caring individual, developing lifelong friends in the Dubois area. Ruth was very active in her volunteer work at Our Lady of Fatima parish in Casper and Our Lady of the Woods in Dubois. Ruth also volunteered for the VFW, the Dubois museum and as treasurer for the ATV and Snowmobile clubs.

Moving to Grand Junction in 2014, to be close to daughter Shelly Williams and family, Ruth continued to enjoy long car rides through the scenic peach orchards and Colorado National Monument. We give thanks to God for her precious, beautiful life and for her as an active witness to a loving God. She lived long enough to enkindle within us a deep love for God. Thanks, Mom!