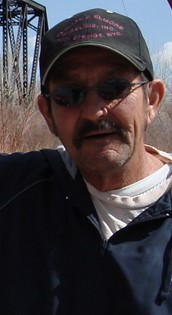 Luciao Lopez was born on March 27, 1957 in Rio Grande City, TX to Pablo and Carolina (Garcia) Lopez, Sr. When he was six years old the family moved to Riverton, WY where he spent his life.

He married Jody Ingwerson on October 5, 1975 in Lander, WY. They had two sons, Travis and Jason, and made their home in Riverton.

His family said he loved to fish, hunt, 4-wheeling, and just being in the outdoors in general. Above all he loved his family and being around them.

He was preceded in death by his wife, Jody Lopez; parents, Pablo and Carolina Lopez; brother, Thomas Lopez; and sisters, Maria and Esperanza.