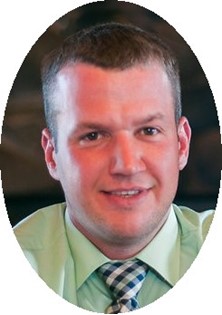 Matthew Michel Morin was born March 10, 1988 in Burlington, Vermont to Michel and Sherri (Bean) Morin. He grew up in Vermont graduated from Mount Mansfield Union High School in Jericho, Vermont. He moved to Fremont County, Wyoming in 2012 and resided in Riverton.

On June 18, 2016 he married Kaitlin Laney (Filipek) in Dubois, Wyoming

Matt’s family said he had a passion for hunting and the outdoors. He enjoyed riding and training horses, hunting with his coonhound, Daisy, competing in ranch bronc rodeos, and spending time with his wife, friends, and family. Most of all, Matt valued his time in elk camp each fall. He also attended Cowboy Church with Pastor Bill Trollinger.

Matt worked towards his dream of becoming an outfitter by guiding elk hunts each fall for Bear Basin Adventures. Between hunting seasons, Matt worked as an electrician with Intermountain Electric and as a wrangler for various ranches.