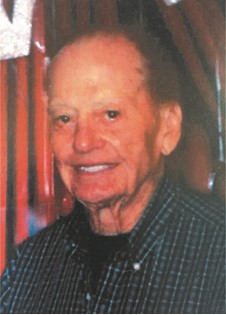 Francis Otis ‘Chick’ Nicholas, 85, passed away April 28, 2017, in Phoenix, AZ, following a brief illness. A funeral service will be held at the Headwaters in Dubois on Monday, May 8, 2017 at 11:00 am with interment at the Dubois Cemetery.

Chick was born August 3, 1931 in Winfield, KS to Dee and Beatrice Nicholas. His childhood was spent in Oklahoma and the Kansas City area. He was a Christ follower, friend and servant.

On July 20, 1951 he married Elizabeth Doty. His job of 39 years for Panhandle Eastern Pipeline took them all over the Midwest and Rocky Mountain states. They were married for 50 years.

On October 24, 2015 he married JoAnne Adell. They enjoyed being together sitting in the warm weather of Arizona in their lawn chairs outside their camper.

He was preceded in death by; his only brother, Carl; his first wife, Liz; son Tad Nicholas; and grandson, Levi Little.

In lieu of flowers, memorial contributions may be made to New Creation Fellowship Assembly of God Church, or Help for Health Hospice in care of Davis Funeral Home, 2203 West Main Street, Riverton, WY 82501.