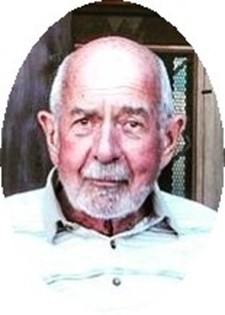 Graveside services for John “Jack” Arthur Holmes, 89, will be held at 11:00 a.m., Friday, May 12, 2017 at the Dubois Cemetery in Dubois, Wyoming with Pastor Philip E. Mark officiating. Military rites will be accorded by the Veterans of Foreign Wars Post #10056. Following services, everyone is invited for a reception at the Mountain Grace Church, 27 Gilliland Ave in Dubois.

He was born on December 2, 1927 in Navarre, Kansas, son of A. Paul and Wilma (Stone) Holmes. As a young boy, Jack was raised in Brighton, Colorado where he graduated high school.

Jack honorably served in the United States Army during the Korean War from October 27, 1950 until September 3, 1952. Following his time in the service, Jack was hired as Community T.V.’s 1st Engineer to test for signal in order to bring cable t.v. into Wyoming. He later owned and operated Casper Electronics. He also flew medical equipment emergencies for International Medical Corporation of Denver, CO, servicing Montana, Utah, North and South Dakota and Wyoming.

Mr. Holmes loved his family, animals and photography, fly fishing and the beautiful outdoors he felt God created for all to enjoy. He always looked forward to returning to the family’s home “Wind in the Pines,” which they built in 2013. The couple also lived in New Port Richey, Florida.

He was a lifetime member of the NRA and also served as a 4H Leader specializing in photography and firearms. Jack was also a member of the Aircraft Owners and Pilots Association, AOPA, volunteered his time to help numerous Casper churches in becoming financially strong and counseled members with personal finances.

Survivors include his wife, Jane of Dubois; daughter, Chavonne Holmes-Marchesiello and her husband, D.J. Marchesiello along with their son, Sebastian all of St. Louis, MO.

Mr. Holmes was preceded in death by his parents A. Paul and Wilma Holmes.