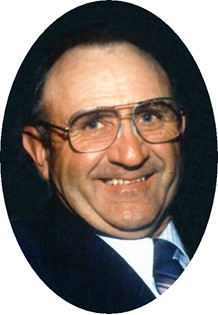 Guestbook 26
Raymond “Ray” Poffenroth, 82, of Riverton, passed away Tuesday, May 16, 2017 at the Help for Health Hospice Home. A funeral service will be held at 10:00 a.m. on Saturday, May 20, at Trinity Lutheran Church with interment to follow at Mountain View Cemetery.

Raymond Eugene Poffenroth was born on February 22, 1935, in Longmont, Colorado, to Philip and Elizabeth (Befus) Poffenroth. He grew up on a farm in the Mill Creek area and attended Mill Creek School. He graduated from Riverton High School in 1953. While in high school, he was an outstanding athlete in football, basketball, and track. Later he was renown statewide as a fastpitch softball pitcher. He served as Senior Class President, was a member of the Riverton Chapter of F.F.A., and served as a board member of the Riverton Volunteer Fire Department.

On July 6, 1955, he married Mary Jo Davison at St. Margaret’s Catholic Church in Riverton. They farmed in the Riverton Valley area for fifty years where they raised five children: Terri, Debi, Gary, Mike, and Ron.

Memorials may be made to Help for Health Hospice or Trinity Lutheran School in care of Davis Funeral Home, 2203 West Main Street, Riverton, WY 82501.