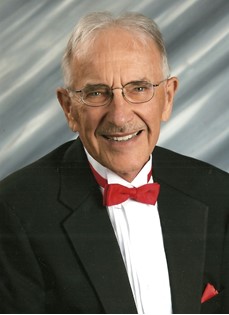 A Celebration of Life will be held Saturday May 27, 2017 at the Dennison Lodge in Dubois, Wyoming at 4 o'clock pm.

A second Celebration of Life will take place June 8, 2017 at the Gilbertson Funeral Home in Devils Lake, ND at 7 o'clock pm.

Jim was born June 2, 1940, the son of Bernard Stansberry Schroeder and Frances Belle (Switzer)Schroeder in Clinton, Iowa. He grew up along the Mississippi River in the town of Fulton, Illinois where he received his elementary and high school education.

He then entered Knox College in Galesburg, Illinois, where after semester of partying, he decided to quit before he flunked out. It was at that point Jim enlisted in the U.S. Army. The first day of basic training impressed upon him the "error of his ways", but there was no turning back! Jim finished basic training, served a year with the 7th infantry division in Korea, and returned to serve two years in the Martin Army Hospital at Ft. Benning, Georgia. He was honorably discharged in April, 1962. That fall he began his education at the University of Illinois in Champagne-Urbana, Illinois. He graduated in 1965 with a Bachelor of Science degree with Honors.

Having gained admission to the University of Illinois College of Medicine in Chicago he began his medical education. He graduated from medical school in 1969 and began a rotating internship at the Gunderson Clinic-LaCrosse Lutheran Hospital in Lacrosse, Wisconsin. After completion of his internship he began his residency training in diagnostic radiology at the Mayo Clinic and St. Mary's and Methodist Hospitals in Rochester, Minnesota. He completed his radiology training in 1973 and was certified by the American Board of Radiology.

Jim married Ann Blaesing in 1964, and they had two children, Margaret and William. They later divorced. In the early 1980's Jim met and married Marsonda McNutt; later the two divorced amicably.

Jim was offered employment with Mayo Clinic, however he felt his knowledge and expertise would be better served in the rural health care setting. He provided radiology services at several hospitals in N.D., but the majority of his career was with Mercy Hospital in Devils Lake, North Dakota. He continued to work to the age of 73.

Jim met Celeste Hill Higbee and the two married in 1996 and moved west to start a new beginning in the town of Dubois in the upper Wind River Valley of Wyoming. The true loves and soul mates enjoyed hunting big game, fishing in Alaska and traveling extensively to places such as Europe, Mexico, Africa, Egypt and China. Jim also had a special talent and love for his wood working hobby. He designed and built hundreds of beautiful pieces, and generously gave them to countless individuals.

The final years of Jim's life he often said were the most joyous for him due to his love and devotion to Celeste. His final wishes for his beloved family and friends was for a simple, private get together to share memories, music, spirits and food as his "treat".

Knowing the continued need for the study of human anatomy, Jim has bequeathed his body to the Mayo Clinic Medical School in Rochester, Minnesota.

In lieu of flowers the family asks that Memorials be sent to the Dubois Volunteer Fire Department.