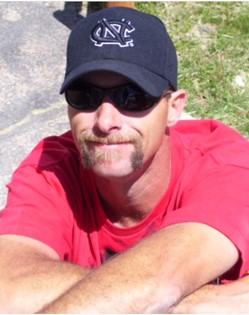 Guestbook 14
James E. Caples, 41, of Riverton died Friday May 26, 2017 as the result of a motorcycle accident. A memorial service will be held at 3:00 p.m., Thursday, June 1, 2017 at Davis Funeral Home. Following the service, there will be a procession to Rocky Mountain Liquors followed by a carry in dinner at the Sunset Park picnic shelter. Cremation has taken place.

James worked in the oil field for many companies, including Unit and SST Drilling. He was currently a Bar Tender at Rocky Mountain Liquors.

His family and friends said he loved to ride his motorcycle, fishing, hanging with his friends and motorcycle brothers, going to the lake and shooting off lots of fireworks. Most of all, James loved spending time with his son, Cory and his girlfriend, Ceila Warren, whom he loved having by his side and behind him on the bike.

Memorials may be made to Cory McFarland in care of the Davis Funeral Home, 2203 W. Main Street, Riverton, WY 82501.

On-line condolences for the family may be made at the DavisFuneralHome.com.