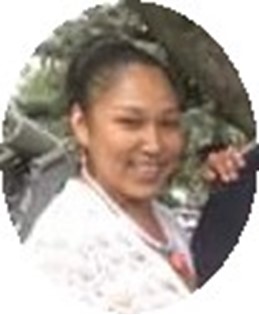 Whitney Marie SunRhodes was born on January 4, 1992 in Riverton, WY to Ward Michael and Reva Kay (SunRhodes) Spoonhunter. She was a lifelong resident of the Wind River Reservation and attended schools in Arapahoe and graduated from Arapaho Charter High School.

She was baptized into the Catholic faith and was also a member of the Native American Church. She participated in the sweats, Peyote ceremonies, and the Sun Dance.

She worked at the Wind River Casino as a hostess and had worked in the beverage service and expresso areas.

She loved basketball, taking care of her children, hockey (especially the Avalanche), football (especially the 49’ners), drawing and hanging with her brothers listening to music, rap and reggae and her favorite artist were J. Cole and M&M. “She loved her family with all her heart”.