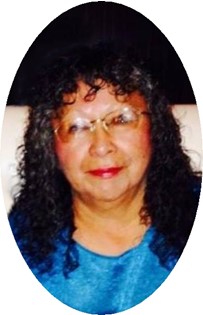 She was baptized into the Catholic faith and attended St. Stephen’s Catholic Church. She was also a member of the Native American Church and was very respectful of the Northern Arapaho ceremonies. Her Arapaho Name Indian name was Bee3einooonesei. “Cedar Tree Woman.”

She was married to John “Big John” P. Smith at St. Joseph’s Catholic Church in Ethete. He preceded her in death.

Betty was a Crime Victims Advocate for the Northern Arapaho and Eastern Shoshone Tribes for over 20 years. Before she took that position she worked as a Para for Wyoming Indian High School.

Betty loved the casinos and her family said that “Reno was her paradise”. She was a talented artist of Native American crafts and she had her paintings displayed at the Wind River Casino. She was a collector of Elvis memorabilia and loved both rock and roll and country music. She was also involved with 4-H, was a seamstress, and a homemaker. Above all her family and friends were her top priority and she “Enjoyed Life”.