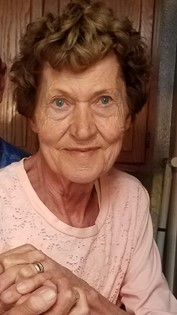 Guestbook 9
There will be no services for Pamela Elizabeth Hobbs, of Riverton, who passed away on June 15, 2017 in the comfort of her home surrounded by family. Cremation has taken place under the direction of Davis Funeral Home.

She was born on December 1st, 1945 in Laramie, WY. Pam spent some of her childhood in the small town of Elk Mountain, WY before her family moved to Rawlins, where she attended high school and met her husband, Tad Hobbs. Pam married the love of her life, Tad, on January 9th, 1962 in Green River, WY. They then relocated to Riverton, where her passion for baking was ignited.

Pam made herself a successful career as a baker and cake decorator for many years until her retirement. Her biggest joy in life was having and raising her two sons, John and Scott and then later, her grandchildren, Dillon and Desirae. Pam was known for her love of baking, crafting, sunflowers, and her dogs. She could often be found on her back deck enjoying the sun or at the casino gambling with her niece, Jill Harvey.

She is survived in death by her two sons, John Hobbs of Riverton and Scott Hobbs and his wife, Tami of Rock Springs; two grandchildren, Dillon Hobbs and his wife, Randi of Douglas and Desirae Hobbs and her fiancé, Justin Edberg of Casper; and brother John Richardson of Green River.

Pam was preceded in death by her husband, Tad Hobbs; her father and mother, William D. Richardson and Edna Richardson; her sister, Virgina Richardson; and her brother, Darrel Richardson.

Pam will be remembered as the loving wife, mother, grandmother, aunt, sister, and friend she was.