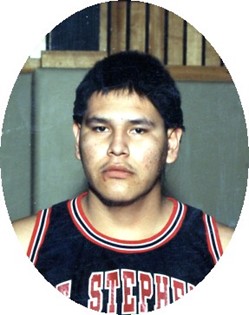 Lonny was born on May 28, 1977 in Lander, Wyoming, son of LeRoy Shakespeare, Sr. and Joyce Marie Blackman.

Throughout years spent at St. Stephens High School, Lonny was a talented and gifted basketball player who received numerous awards for All-State. He also took 1st place several times in cross country before his accident. He was a member of the Catholic Church and Native American Church and participated in Arapaho Traditional Cultural Ceremonies. Lonny liked to draw, listen to pow-wow music, peyote music and Sundance songs. He also enjoyed family cookouts, fishing, swimming, spending time in the mountains and camping out. He traveled to Crow Agency Pow-wow and local pow-wows. Lonny loved to visit his friends and family, especially all of his grandchildren and enjoyed playing at the Casino.