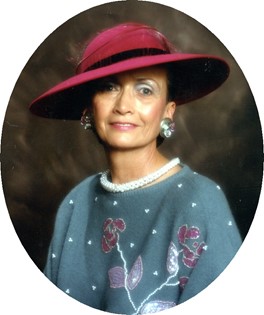 Guestbook 11
Billie Weber, 83, of Riverton passed away peacefully June 20, 2017 after a lengthy illness. Per her request, cremation has taken place and there will be a family service at a later date.

Billie Sue Madden was born on September 5, 1933 in Santa Rita, NM to George and Myrtle Rose (Potter) Madden. She grew up in Coalville, UT with her two brothers and a sister. She graduated from North Summit High School in Coalville. UT. She continued to live in central Utah for several years before venturing to Wyoming.

After moving to Wyoming she met the love of her life at the Valley View Supper Club, Walter Eugene Weber, they married on April 22, 1972. This year they celebrated 45 years together.

She worked as a secretary for Utah Power and Light, helped her mother manage a small café and hotel, worked as a certified dental hygienist, and was an office manager at Riverton Memorial Hospital. Later Billie and Walt purchased the Crosswinds, called it the Trailhead Family Restaurant and that became their daily “Stompin Grounds” until retirement. In the midst of running the Trailhead she also pursued one of her lifelong dreams of becoming a licensed cosmetologist and owned and operated Shear Delight Hair Designs for a few years.

Billie was a force of life who never met a stranger. She had a knack for making small talk into a flourishing conversation, turning strangers into friends. Billie adored her husband, children and grandchildren. She loved life! Was witty and warm, a combination that will be greatly missed. She was once an unbelievable athlete who played semi-pro softball, loved watching professional and college football, could yodel with the best of them while singing along with Walt’s guitar picking and her whistle could be heard across the state of Wyoming. Billie’s design sense, business endeavors, and love for adventures all speak to her courageous and fearless nature. Her most favorite song was “I Wanna Be A Cowboy’s Sweetheart” and that she truly was. We love and miss you, “Sweet William”.

She was preceded in death by her parents, George and Myrtle Madden; sister, Marlene Ashton; brothers, Milton Lassiter and James Madden; and son, Leslie Robert Belsom.

In lieu of flowers the family ask that donation can be made to The Wyoming Alzheimer’s Association or an organization of choice in care of Davis Funeral Home, 2203 West Main Street, Riverton, WY 82501.