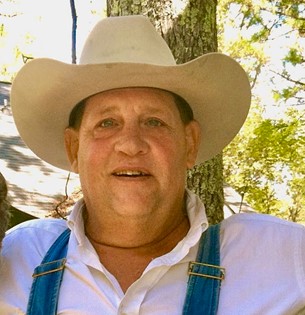 Instead of burial, Alden requested that his remains to be cremated. Afterwards, the family will hold a private service in Alden’s memory. Additionally, a separate memorial service for Alden’s Georgia family will be held at a later date at the Lanier family farm in Metter, Georgia. There, as per his wishes, his ashes will be returned to the earth.

Alden was born on December 13, 1957 to parents, DuBignon and Mildred Lanier of Al-bany, Georgia. He grew up swimming in the local creeks and springs, hunting, fishing and wrangling snakes, which he kept in pens in the back yard. He was known for his antics and you never knew what he might do next.

Skipping college, he dove into business with his own tree service, before deciding to make a go of it in restaurants. With little to no experience, Alden convinced a man he could turn around his failing French restaurant. And he did just that; it became the go-to place for business lunches and dinners. Eventually, Alden left Albany for brighter prospects elsewhere. His outsized personality and flair with food served him well. But by the mid 90s he had lost his appetite for the stress of big city restaurants. He turned his sights Westward.

A big man with an even larger personality, Alden was always ready with a joke, an an-ecdote or a wild tale. For many years a chef and restaurant manager in Georgia, South Carolina and Washington, DC, he never lost his way in a kitchen. Even when he moved to Wyoming in the 90s to work in the dude ranch trade, he was known for his cooking as much as his horsemanship or marksmanship.

In 2000 while managing the Lazy L&B Ranch outside Dubois, he met Toni Bulow. They wed in 2004 and Alden was blessed with a son by marriage, Coulter, in the bargain. They expanded the family in 2011 with the birth of son, James.

In lieu of flowers, the family asks that donations be given in Alden’s memory to the do-nor’s choice of charities.