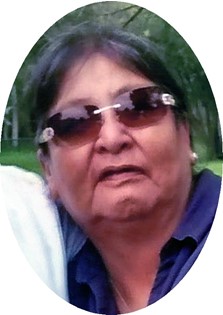 Lujuana Rose Antelope was born on October 30, 1959 to Doris June Antelope. She grew up in the Arapaho area and attended schools there.

She was baptized into the Jesus Christ Latter – day Saints church and also participated in the Native American Church.

She married Peter Joseph Blackburn, Sr. in Thermopolis in 1981. Together they had three children, Mary, James, Peter Jr., they later divorced.

Before she became disabled she did house cleaning and babysitting.

She enjoyed traveling, going fishing, gambling, and spending time with her grandchildren.