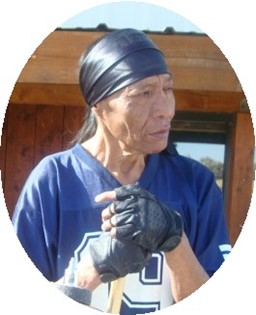 Kenneth Monroe was born on January 10, 1957 in Riverton, WY to Thomas Monroe and Ella Mae Lee. He spent his childhood on the Wind River Reservation attending local schools. He was raised by his grandparents, Robert and Rita (Gambler) Lee.

He was baptized into the Catholic faith. He also participated in the Native American Ceremonies.

He worked in construction before returning home where had taught singing and hand games at most of the reservation schools.

He was in a band by the name of “Hummer Moon Society” as a drummer and bass player. They traveled all over Wyoming. His family called him the “Traveling Man”. He enjoyed drawing, painting, crafting decorated reproductions of artifacts, hunting, riding horses, singing, and traveling.

His family said that he was a simple and humble man who enjoyed life.