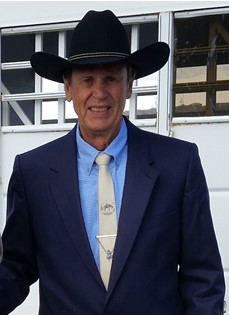 Guestbook 17
A Celebration of Life will be held for Gary Lee Klentz, 66, 10:00 a.m., Tuesday, August 29, 2017 at Davis Funeral Home with Pastor Echo Klaproth officiating. Memorial contributions to the Help for Health Hospice Home or PAWS for Life in care of Davis Funeral Home will be appreciated. Mr. Klentz died on August 23, 2017 surrounded by his family at his home in Riverton, WY. Gary was the son of Calvin R. and Rosalie S. (Block) Klentz born on April 19, 1951 in Sidney, Nebraska, where he also attended grade school and earned his Eagle Scout Award. He later moved with his family to Cody, Wyoming where he graduated high school. On June 28, 1975, Gary married Shirley D. Hill in Cody, WY. In 1977, the couple along with their daughter, Keri, moved to Riverton and Gary worked at Mr. D’s. He remained with the store while it changed ownership to Woodward’s and became a manager, later mananged Hilltop Grocery until he moved on to Smith's. While working full time at Smith's, Gary was a full time student at Central Wyoming College earning his Associates Degree in Business. While at CWC, Gary was a member of DECA and attended Nationals in New Orleans. Following his time at Smith's, Gary worked for Fixter Construction until he and Dave Letho went into a partnership owning D&G Construction for 5 years before branching off and owning and operating K&B Construction. Until his retirement Gary worked at the Honor Farm as Grounds Supervisor where he started the first dog program and it is still being implemented today. Gary was never an idle person and enjoyed the spending time outdoors. He had a passion for horses which included ranch sorting and cowboy state stockhorse. He also loved fishing, hunting, snow skiing, water skiing and golfing. He was a member of the Lutheran faith, Elks and Idea, Inc. Survivors include his wife, Shirley Klentz of Riverton; his mother, Rosalie Klentz of Cody, WY; daughter, Keri Ann and her husband, Andrew Smith along with their daughters, Nicole and Natalie Smith; Gary’s son, Kyle Andrew and his wife, Heather Klentz of Riverton; brother, Elton Klentz and his companion, Susan Bader of Cody, WY. Mr. Klentz was preceded in death by father, Calvin and both sets of grandparents. On-line condolences for the family may be made at theDavisFuneralHome.com.