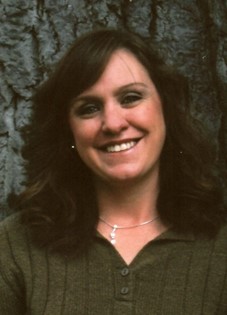 Guestbook 14
Funeral services for Amber Dawn Hinkle, formerly of Riverton, will be at 10 a.m. on Friday, June 6, at the Davis Funeral Home of Riverton. The Rev. Aaron Justice will officiate and interment will be at Mountain View Cemetery in Riverton. There will be a visitation from 7 to 8 p.m. Thursday, June 5, at the funeral home. Ms. Hinkle died on Monday, June 2, 2008, in Douglas at the age of 33. Amber Dawn Hinkle was born in Riverton on July 10, 1974, the daughter of Leroy and Bonnie (Paddock) Hinkle. She was a 1992 graduate of Riverton High School where she participated in basketball and volleyball. She was baptized into the Methodist faith. During high school, she worked at Edith's Floral Shop in Riverton and had worked for a few years as a welder's helper with her father. She married Ken Stewart in Riverton and they had two children. Ms. Hinkle's family said she enjoyed snowmobiling, golf, fishing, and fun with the family and friends. She had lived in Douglas for the past seven years. Survivors include sons, Kole Stewart and Kirk Stewart, both of Riverton; a brother, Mike Hinkle of Rapid City, S.D.; her parents, Leroy and Bonnie Hinkle of Riverton. She was preceded in death by her grandparents. On-line obituaries are available and condolences for the family may be made at: thedavisfuneralhome.com Services are under the direction of the Davis Funeral Home of Riverton.