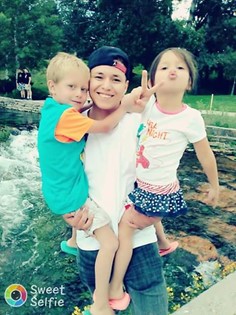 Thomas Jordan Douglas Addison was born on May 14, 1992 in Riverton, WY to Thomas James Addison, Jr. and Stephanie M. DeShaw. He lived the last fifteen years in Great Falls, MT.

Jordan’s family said the he loved horses, was quick to laugh, visiting friends, and being with his family. He was inseparable from his brother, Trestin (Tre) Addison and his children. He loved his children and tried to be the best father he could be. His son, Abel was born on March 18, 2011 and he was extremely proud of him and his daughter, Milla was born on December 4, 2012 was his pride and joy and was strong like him, inside and out. The mother of his children, Jennifer Vasquez, said that he loved his children so much and wants them to know he was a great man. Jordan was an ‘old soul” that could get along with people of all walks of life and ages.