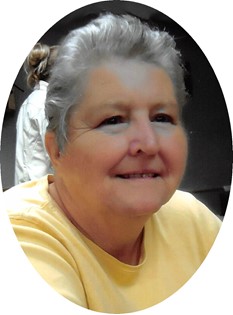 Guestbook 17
Estelle Lovato, 74, of Riverton passed away at her home on Sunday, September, 24, 2017. A viewing will be held from 6:00 pm to 8:00 pm on Thursday, September 28, 2017, at Davis Funeral Home with a second viewing one hour prior the funeral service at the church. The funeral service will be at 11:00 am on Friday, September 29, 2017, at The Church of Jesus Christ of Latter-day Saints with Bishop McLaughlin officiating. Interment will follow at Mountain View Cemetery.

Estelle Spencer was born on March 26, 1943 in Teton, Fremont, ID to Theron Blaine and Mabel Winona (Allen) Spencer. She attended grade school in Marysville, ID before the family moved to Riverton where she graduated from Riverton High School. She also attended Ricks College and Central Wyoming College.

She was a member of The Church of Jesus Christ of Latter-day Saints. She was called to help with Boy Scouts, to be a 4-H Leader, and was member of the Daughters of Utah Pioneers.

On March 1964 she married Eugene Edward Lovato in Salt Lake City, UT. They were married for over 53 years. They made Riverton their forever home for over 60 years. Estelle was a stay at home mother while her six children were growing up and she was very supportive of all their activities.

After her children were grown she worked at the local Alco store before going to the Wyoming State Training School. She worked at their Winds Program as a care counselor and retired in 2009.

She was a member of the local bowling leagues and volunteered at many different organizations. Along with all of her activities she also enjoyed camping, reading, being in the outdoors and mountains, traveling, writing and journaling, collecting items that were special to her, and above all loved to spend time with her family.

She was preceded in death by her parents, Theron and Mabel Spencer; brother, Sidney LaVell Spencer; and grandparents, Jerry Allen and Emma Bianca (Johnston) Allen and Lewis Rueben and Lottie Crowell (Gribble) Spencer.

In lieu of flowers, donations can be made to Estelle Lovato Memorial Fund located at the Wells Fargo Bank in Riverton, WY