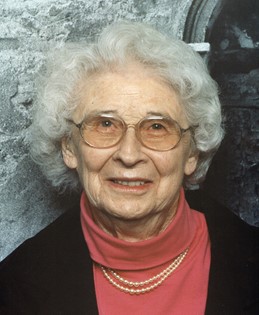 Funeral services will be at 10 a.m. Friday, April 27, at the Davis Funeral Home of Riverton. The Rev. Don Schlichting of the United Methodist Church of Riverton will officiate.

There will be a viewing from 9-10 a.m. Friday at the funeral home.

Inez Belle Mikeska was born in Caldwell, Texas, on May 23, 1920, the only child of John Bartis Mikeska and Mary Jane (Caldwell) Mikeska of Moravian and English descent.

She grew up in Caldwell and met her future husband at Hickman Air Force Base.

Mrs. Ray had been a homemaker, a motel manager at the El Rancho in Riverton, and kitchen worker at Riverton Junior High before she and her husband retired in 1980.

Following retirement they spent summers at the family cabin near New Fork Lakes outside Pinedale. While both were avid fisherman, Mrs. Ray held the family record for the biggest fish caught -- a 16 pound mackinaw from New Fork Lakes. Her family said the couple also enjoyed feeding the small animals around their cabin and traveling in their motorhome.

She was a member of the United Methodist Church.

Memorials in her name may be made to the local animal shelter or the Meals on Wheels program in care of the Davis Funeral Home, 2203 West Main, Riverton WY 82501.