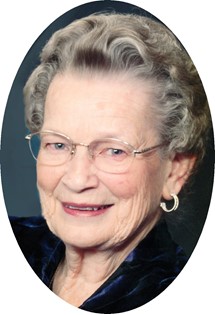 Anna May Hays was born July 16, 1931, in Riverton, Wyoming, to Albert T. and Allene Wampler Hays. She attended schools in Riverton and graduated from Riverton High School in May of 1949. On June 12, 1949, she married Raymond C. Blumenshine. The couple made their home in Riverton.

Though raised a city girl, she married a farmer and then quickly became an important part of their farming operation. She was honored for her accomplishments as “Ag Woman of the Year” in 1997.

Ann was preceded in death by her husband Raymond; her parents Albert T. and Allene Hays; and her brother Albert T. (Bud) Hays Jr.

Memorials may be made to Help for Health Hospice or a recipient of the donors’ choice in care of the Davis Funeral Home, 2203 W. Main Street, Riverton, WY 82501.