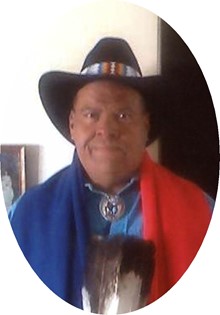 He was born on April 15, 1958 in Clinton, Oklahoma, son of Raymond White Buffalo, Sr. and Ethel Hall (Ellis) White Buffalo.

He attended schools in Clinton, OK.

Raymond worked as a truck driver and in security at the Casino. He enjoyed crafts including beadwork and woodwork. He was known for his beautiful voice, singing in the Native American Church, which he was a member of.

He was preceded in death by his parents; sisters, Hazel Four Killer and Winnifred Winn.