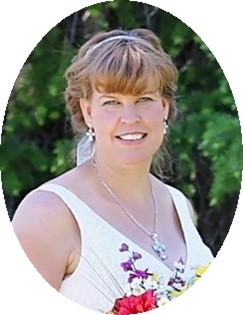 Guestbook 52
A Celebration of Life Open House for Taunya Marie Dewey, 45, will be held 2-7 p.m., Friday, January 5, 2017 at the Heritage Hall at the Fremont County Fair Grounds. The memorial service will be held at 3:00 p.m. during the Celebration of Life. Cremation has taken place under the direction of Davis Funeral Home. In lieu of flowers memorial contributions may be made to the Children's Relief International in care of Davis Funeral Home, 2203 West Main, Riverton, WY 82501.

Mrs. Dewey passed away on December 29, 2017 at Sagewest Riverton Hospital.

She was born on March 25, 1972 in Auburn, Washington, daughter of Willie Edward Davis, Sr. and Linda Irene (Witzel) Davis. Taunya spent most of her life in the Fremont County area, but did live in Phoenix, AZ for 2 years.

In 1990, Taunya graduated from Riverton High School and in 2015, she graduated with an Associate’s Degree in Accounting from Central Wyoming College.

On June 13, 2015, she married James “Jim” David Dewey at the Chapel of the Sacred Heart in Jackson, Wyoming.

Mrs. Dewey worked as an Insurance Agent, a Loan Officer at US Bank and also Central Bank and Trust. She also worked as an Administrative Assistant at Midvale Irrigation District, Accountant at Berg Accounting and most recently was the Branch Manager at US Bank.

She was known for her love of animals, music, especially playing her piano and most importantly her children, grandchildren, family and friends. Taunya enjoyed crocheting, sewing, and many other crafts. She loved to cook, swing dance and poetry. She also liked to travel, hike, camp, fish and hunt.

Taunya served as a Awanas Leader, Sunder School Teacher, Missionary, Walk 2 Emmaus, and was a member of the Wind River Valley Cowboy Church. She also was the County 4-H Leader of the Specializers Club, a member of the Leadership of Fremont County, Honorary FFA Member and Notary Public.

She was preceded in death by her father, Bill Davis and grandparents, Elmer and Lorna Witzel.