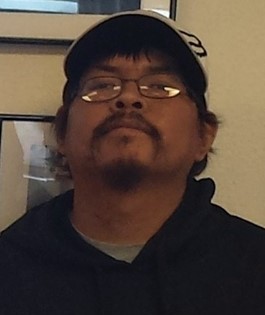 Guestbook 1
David Black, Sr., 38, of Arapahoe passed away on Monday, January 1, 2018, at the Wyoming Medical Center. A rosary will be recited on Thursday, January 4, 2018, at Great Plains Hall followed by a wake at (LOCATION). The funeral service will be at 10:00 am on Friday, January 5, 2018, at St. Stephen’s Catholic Church with burial to follow at Arapaho Catholic Cemetery.

David George Black was born on January 29, 1980 in Lander, WY to Lyle Thomas and Sarah Ann (Spoonhunter) Black. He was raised in the Arapahoe area attending grade school at the Arapahoe School and graduating from St. Stephen’s Indian High School.

David was a member of the Native American Church.

He worked for the Northern Arapaho Tribe as a Custodian.

In his free time he enjoyed the Casino’s but most of all he loved spending time with his family and friends.

He was preceded in death by his parents, Lyle T. Black, Sr. and Sarah A. Black; brother, Lyle T. Black, Jr.; companion, Michelle Littleshield; and grandparents, Ward and Margaret Spoonhunter and Henry and Katie Black.