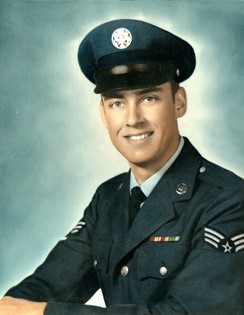 Cremation has taken place and at his request no services will be held.

The family moved to Riverton in 1948.

Michael attended schools in Riverton, graduating from Riverton High School in 1963. He then entered the Air Force in 1964 working as an aircraft mechanic in Hawaii, and was discharged with honors in 1968.

He studied Electronics at ETI in Denver receiving his diploma in two years. Mike completed a six month course in Massage Therapy in San Francisco, California. He also studied at the Sage Truck Driving School in Casper, where he finished first in his class.

Mike and Sharon Cook married in 1976. They had a daughter named Miriah. The couple later divorced.

He worked for Datel Corporation for 6 months, and returned to Hawaii where he was employed as a Vending Machine Mechanic for one and a half years. He later returned to Riverton and worked in the oil fields for approximately 35 years.

Mike was a member of the Catholic Church. He enjoyed shooting guns, pool, as well as riding bicycles. Mike also enjoyed working on computers in his spare time and had a H.A.M. Radio License.

He was preceded in death by his parents and former wife, Sharon.

Mike will be sadly missed by his family and friends.