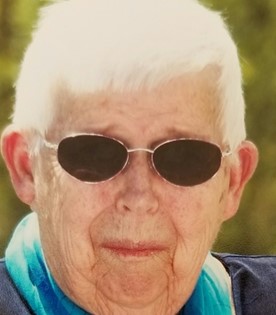 
Ruth Shields Brubaker joined her husband, parents, four brothers and one sister in heaven on Thursday February 1, 2018, after 93 years of life. It was a joyous occasion she had been looking forward to for some time.

There will be a memorial service held at 2:00 pm on Wednesday, February 7, 2018, at Davis Funeral Home. Ruth Marie Shields was born in Cloudcroft, NM on June 27, 1924, the daughter of Oliver Shields and Paige Parker Shields. After a short time in New Mexico, the family returned to Northern Colorado where Ruth grew up milking cows, tending younger brothers and weeding sugar beets. She graduated from Wellington High School in 1943 before attending Colorado University at Boulder for a semester. Her college career came to an end when she was enticed into marriage by Paul Brubaker, a local farmer. The couple was married on September 29, 1944 and spent the next fifty-seven years together growing strawberries and raspberries, raising kids and dogs, and milking cows.

In 1965, the Brubakers moved their family to Riverton, Wyoming where they purchased a dairy. Brubaker Farms went on to become one of the top five producing dairies in the Northwest from 1967 until the early 1980s. Ruth did not spend her entire life milking cows though, she also worked as a census taker in the 1960 census, a Home Healthcare provider and a realtor.

Ruth was preceded in death by her husband Paul. her parents, her sister Mable and brothers Robert, William, Wendell and James. She is survived by her daughter Clara Brubaker, of Loveland Colorado, sons William Brubaker of Hawaii, and Richard Brubaker of Riverton, four grandchildren, seven great-grandchildren, and three and a half great-great-grandchildren. Though she accomplished much in her long life, she is perhaps best known for culinary talents, specifically best… chocolate… chip… cookies…EVER!

Memorials may be made to Reach Foundation or Help for Health Hospice in care of Davis Funeral Home, 2203 West Main Street, Riverton, WY 82501.