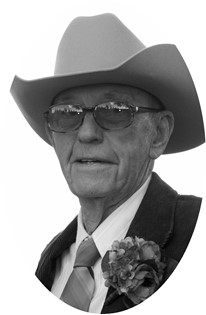 Luther was born in Lee County Arkansas in February 1931 to Forrest and Sally (Bonner) Tucker. As an only child he spent his childhood among many cousins fishing, hunting in the woods surrounding his home, and spending time with his aunts and uncles and grandparents.

From a very young age Luther helped his father in the cotton fields, chopping (hoeing) in the summer and hand picking the cotton in the late fall. His father also ran the county cotton gin as well as raising cotton, so Luther also helped at the gin.

He attended several rural elementary schools traveling to and from school in the back of field trucks that substituted as school buses. Temporary seats were set in the back of the trucks for seating students. He graduated from T.A. Futrall High School, Marianna, Arkansas and shortly thereafter enlisted in the US Navy.

Luther received his basic training in Norfolk, VA and served on the battleship USS Iowa during the Korean War, seeing action off the North Korean coast. He was able to travel to ports all over the world including Tokyo, Pearl Harbor, Copenhagen, Edinburgh, Gibraltar, San Diego and the Panama Canal.

He transferred to the US Air Force after being discharged from the Navy. He received his basic training at Lowry field in Denver, which he said was very fortunate for him because he met his wife in Denver.

He married Jeanette (Jan) Gasser at Raton, New Mexico in February of 1956. They had 62 years together. They spent the first 16 years of married life serving in the Air Force. He had tours of duty at Lowry AFB, Denver CO, Chennault AFB in Louisiana, Brise Norton, England, Ramey AFB in Puerto Rico, Blytheville AFB in Arkansas and Travis AFB and Mather AFB in California. He served in Strategic Air Command working on B-52 bombers during the Vietnam War. He retired in 1971. Luther and Jan ranched in the Kinnear/Pavillion area for 25 years.

Luther was baptized into the Lutheran Faith in 1957. He served the church as the Walther League (teenagers) leader in Blytheville, Elder and Chairman at Mt. Hope in Kinnear, Vice chairman and Trustee at Trinity in Riverton. He served as a Cub Scout Master Troop #597 in Arkansas. Luther was also a school bus driver for Wind River School.

He was preceded in death by his parents and infant sister Goldie Jean Tucker.

In lieu of flowers, memorials to Trinity Lutheran School or the Dakota Boys and Girls ranch are appreciated in care of Davis Funeral Home, 2203 W. Main Street, Riverton, WY 82501.