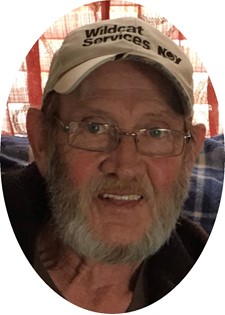 Guestbook 3
Orville E. Adams, 71, of Riverton, passed away at his home on Sunday, February 25, 2018. There are no services planned at this time. The family is planning a memorial gathering for the summer of 2018.

Orville Edward Adams was born on May 19, 1946 in Belle Fourche, SD to Elmer Andrew and Thelma E. (Carter) Adams. He grew up in Gas Hills and Worland. He was one of six children.

He served in the U.S. Navy for over thirteen years. While in the Navy he was stationed in Okinawa Japan and San Diego, CA. He was honorably discharged and returned to Wyoming.

He married Pearl Marie Davis on April 19, 1970, and two children were born of the union. They later divorced. On October 7, 1982 he married Yvette Lamb-Garnick in Worland, WY who remained at his side until his passing.

While in Worland he worked for the Wyoming Boys School, Wyoming News and Holly Sugar. He then moved to the Riverton-Lander area where he worked at Wyoming State Training School, and worked at and retired from Community Entry Services.

He was a member of the VFW and American Legion.

Orville enjoyed fishing, camping, working in his yard, and was always working on projects with his wife Yvette.

In lieu of flowers, donations be made to American Humane Society.