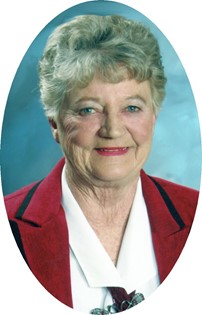 Guestbook 5
Louise Lloyd Byrne, died March 5, 2018 at the Wyoming Medical Center in Casper, Wyoming. She was 79 years old. A funeral service will be held at 2:00 pm on Monday, March 12, 2018, at Davis Funeral Home with interment following at Mountain View Cemetery.

Louise was born on January 24, 1939 in Jackson Wyoming to Edward Henry Lloyd and Lela Craves Scurlock. She and her younger brother, Ted, were raised on the family ranch. Louise attended school in Jackson and graduated from High School there. She attended Central Technical Institute in California. While she was there, she met Lael Byrne from Driggs, Idaho. They married on March 29, 1959 and lived in Jackson, Wyoming and started a family. Louise and Lael had three children, Konne, Brad, and Arlene. In 1993 they moved to Riverton, Wyoming.

Louise enjoyed bowling and was a member of the 600 club. She was a Job’s Daughter, served as a Council Member for Job’s Daughters, was a Past Worthy Matron of the Order of Eastern Star, and a Nile member. Louise was a Past President of the Benevolent, Patriotic Order of Does of the United States of America Drove #48 in Riverton, Wyoming.

In addition to being a full-time mother, Louise drove a mail route in Jackson, Wyoming for a number of years.

Christmas was her favorite time of year. She loved to decorate the yard in Jackson. She would spend the entire year creating Christmas scenes for the coming celebration. She didn’t care how deep the snow was or how cold it was, she was going to decorate. Her decorating paid off one year as she won the Chamber of Commerce Decorating Contest.

Louise loved gardening. Irises and roses were her favorite flowers. This was a challenge in the Jackson climate; but, she always had beautiful flowers and a few vegetables due to the weather. This frustrated her greatly. She taught her daughters to can food and this skill has been carried on to the grandchildren.

Summers were memorable for the family with horse pack trips to Turquoise Lake. Louise taught her children to ride horse at an early age. The family enjoyed Jackson Lake on weekends and Louise loved to fish and water ski.

Louise valued her family. She always wanted to see her children happy.

Louise is survived by husband Lael. Her brother Ted Lloyd (Sue) in Northwood, North Dakota. Her children, Konne (Charlie Rife) of Torrington, Wyoming; Brad Byrne (Nancy) Ewen, Michigan, and Arlene Rudd (Darren) of Gainesville, Florida. She had six grandchildren: Trevor and Jenny Rife, Nick, Garrett, and Kelsey Byrne, and Katy Rudd. She also had one great-grandchild (Blaze Byrne). Memorial donations may be made to Help for Health in Riverton, Wyoming.