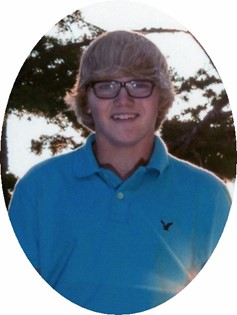 
Funeral services for Levi P. King, 19, will be held at 10:00 a.m., Saturday, March 17, 2018 at the Riverton United Methodist Church. Interment will follow at Mountain View Cemetery. Visitation for family and friends will be held from 5:00 until 7:00 p.m. at Davis Funeral Home on Friday. He died on March 12, 2018 in Riverton, WY. Memorial contributions can be made to Camp Hope or the Rocky Mountain Elk Foundation in care of Davis Funeral Home, 2203 W. Main Street, Riverton, WY 82501

Levi Patrick King was born on July 2, 1998 in Thermopolis, Wyoming, son of Patrick Daniel and Rebecca Irene (Hatcher) King. His family moved to Fremont County when Levi was 3 years old.

He attended Lincoln Elementary and Riverton Middle School before graduating from Riverton High School in 2016. During his school years, Levi enjoyed hockey, Babe Ruth Baseball, wrestling, and football. Outside of school, he spent his time hunting, fishing, and participating in demo derbies with his Dad. He also had a passion and talent for wood working. He enjoyed spending his time hanging out with his friends and dog, listening to country music, and helping set up hunting camp with his Grandpa, Gene.

Levi worked for the Riverton Country Club, the Town of Pavillion, Daylight Donuts and was most recently employed with Fluid Pro.

Levi was baptized at the St. Francis Catholic Church in Thermopolis, WY, but was most recently attending the First Baptist Church in Riverton. He was a member of the Rocky Mountain Elk Foundation, AWANAS, and Camp Hope (Diabetic Youth Camp in Casper, WY).