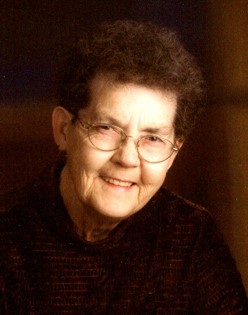 Guestbook 2
Longtime Riverton resident, Dawna Welch, died on June 17, 2008, at the age of 71. Funeral services will be at 2 p.m. on Wednesday, June 25, at the Davis Funeral Home of Riverton. There will be a viewing from 1 to 3 p.m. on Monday, June 23, at the funeral home. Dawna May Wisner was born on Oct. 2, 1936, in Fort Collins, Colo., the daughter of Mark and Erma Wisner. She was graduated from Riverton High School in 1954. She married Dick Welch on March 17, 1958, in Bridger, Mont. Mrs. Welch worked at Bi-Rite in Riverton for over 32 years. She was a member of Rebekah Lodge and the Order of the Eastern Star. Her family said she loved the outdoors. They said some of Mrs. Welch's best times were spent camping and agate hunting with her family and friends. She enjoyed bowling and bowled on the women's and mixed leagues in Riverton for many years. Mrs. Welch is survived by her husband of 50 years, Dick; daughter Cindy Halverson and husband Lance of Riverton; son, Michael and partner Bob Morgan of Los Angeles; grandson, Dustin of Riverton; great grandson, Treston of Riverton; two sisters Marcia Siek of Buffalo and Sylvia Singer of Cody; one brother, Forrest Wisner of Denver. She was preceded in death by her parents and her mother-in-law, Mildred Eaton of Riverton. Memorials may be made to the American Diabetes Association. On-line obituaries are available and condolences for the family may be made at: thedavisfuneralhome.com Arrangements are under the direction of the Davis Funeral Home of Riverton.