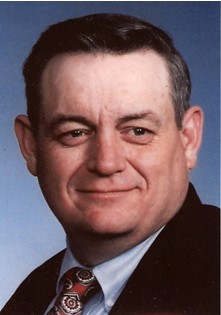 Guestbook 2
Dan A. “Big Dan” Ciesielski 59 of Riverton died April 27, 2007 at his home in Riverton. Memorial Services for Dan will be held on Tuesday, May 1, 2007 at 2:00 p.m. at Davis Funeral Home in Riverton. Cremation will be held. Memorial donations would be appreciated to the Elk Foundation in care of Davis Funeral Home 2203 W. Main, Riverton, Wyoming 82501 He was born on April 9, 1948 in Gillette, Wyoming. He moved to Riverton Wy. during elementary school and lived there until the end of his junior year. He graduated from high school in Wheatridge, Co. He attended York College for two years. He married Janice Thomas June 7, 1969 in Lakewood, Co. They moved back to Riverton in 1980. He spent 30 years working for Calgas/Amerigas and retired from Amerigas as District Manager. He was a member of the Church Of Christ in Riverton, and was an avid sportsman, outdoorsman, loved spending time with his grandchildren, and enjoyed fishing, hunting, playing poker and his family. He is survived by his ex-wife Janice Lee Ciesielski of Riverton, Son Joshua Allen Ciesielski and his wife Brandi, daughter Dani Jo “DJ” Vogele her husband Wayne, four grandchildren, Logan Thomas Ciesielski, Paige Junae Vogele, Juyden Thomas Vogele, and Emma Rose Vogele. His adopted father Rick Ciesielski. Brothers- Mike Ciesielski, Richard “Ski’ Ciesielski, Bert Gustafson and Lee Appley. Sisters- Linda Logan, Julie Kern and Linda Knickerbocker. Preceded in death by his mother, biological father and his grandparents