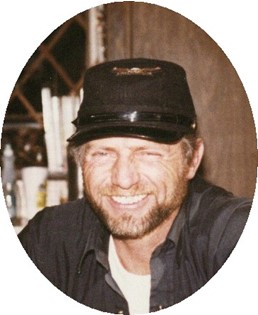 Guestbook 11
Darrell D. Austin, 58, died at his home in Riverton on Sunday, June 22, 2008 after a brief battle with cancer. Private family services will be held. Cremation has taken place according to his wishes. Darrell Dean Austin was born in Scottsbluff, Neb., on Jan. 22, 1950, the son of Guy Austin, Jr., and Bonnie Mae (Randel) Austin. He married Debbie Williams on Feb. 6, 1970, in Colorado. The couple moved to Riverton from Sterling, Colo., in 1972. He first worked as a truck driver for John Osborn, then for L.L. Smith Trucking. In 2005, with his son, Michael, he started Double D Trucking Company. His family said Mr. Austin enjoyed fishing, boating, camping, his family, reading, trucking, his friends, and family gatherings. Survivors include his wife, Debbie, of Riverton; a son, Michael Austin and his wife Mary of Riverton; a daughter, Michelle Keller and her husband Dave of Riverton; five grandchildren; his mother, Bonnie Austin of Mt. Pleasant, Texas; brothers, Ted, James, Bill, and David, all of Mt. Pleasant, Texas; a sister, Guylenne Alfred and her husband Ralph of Torrington. He was preceded in death by a brother, Danny, and his father. On-line obituaries are available and condolences for the family may be made at: thedavisfuneralhome.com Memorials may be made to the Little Wind Hospice care of the Davis Funeral Home, 2203 W. Main Street, Riverton, WY 82501. Arrangements are under the direction of the Davis Funeral Home of Riverton.