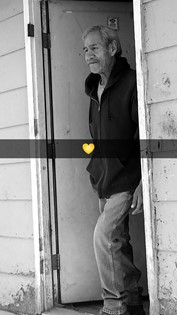 Joe was employed at the Arapaho Ranch, worked in the mountains and wilderness as a seismographer setting probes to measure details of earthquakes. He was a roofer that traveled the United States building schools. He worked on the St. Stephen’s Indian School roof a feat he was very proud of. He was employed by the Shoshone and Arapaho Tribes Head Start Program for many years. Joe was a long time employee of the Wind River Hotel and Casino until 8 years ago when he was diagnosed with stage 4 colorectal cancer. Joe fought a long, hard battle with cancer until his death on June 8, 2018.

Joe was preceded in death by his father Francis B. Brown, his mother Delphine J. Red Cloud, Brown and his son Byron V. Brown and grandson Byron Brown.

Joe Brown was a special person loved by children, friends and family. He is a decedent of the two great war chiefs, Black Cole and Lone Bear of the Northern Arapaho and Red Cloud of the Oglala Lakota Sioux. He will be missed by all.