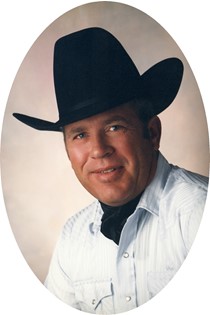 Dean Llewelyn Nolting was born on January 16, 1943 in Meade, KS to Lawrence and Laura (Holtzen) Nolting. He was raised in Meade County, KS with his two brothers and one sister. He graduated from Plains High School in Kansas, where he played football.

He worked for Colorado Interstate Gas as a Supervisor of Gas Production for years moving around the mountain states for years before settling in Riverton in the early 1980’s. He retired in 1995.

On May 22, 1992 he married Deanna Collinson in Riverton, WY. The shared 26 years together with their blended family of his daughter and son and her two daughters.

He enjoyed fishing, hunting and camping out.

He was preceded in death by his parents, Lawrence and Laura Nolting; brother, Wayne Nolting; and infant brother, Lawrence Leon.

Memorials may be made to Help for Health Tough Enough Cancer Fund in care of Davis Funeral Home, 2203 West Main Street, Riverton, WY 82501.