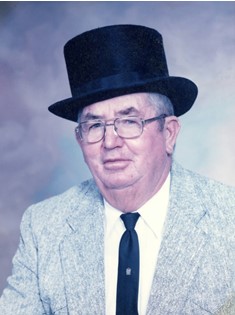 Mr. White passed away on June 22, 2018 at the Wind River Rehabilitation Center in Riverton, WY.

Charlie was born on February 15, 1927 in Buffalo, Missouri, son of Ralph and Della (Fike) White. He spent the first 8 years of his life growing up in Branson, MO before moving to Wyoming in 1935.

On September 14, 1947, Charlie married Lois Read in Kimball, NE. The marriage later ended in divorce. He then married Irma Hazelton on September 20, 1969 in Elko, Nev.

Charlie worked building irrigation canal systems around the country. He worked on the Navajo Dam in New Mexico, the Saint Lawrence Seaway in Massena, New York, the Angostura Reservoir near Hot Springs South Dakota, Wellton Mohawk Irrigation and Drainage District out of Yuma, Arizona, and the last job was three years on the Wyoming Canal in Fremont County, Wyoming.

Charlie loved to go hunting and fishing, was always listening to music and he had a lifelong love of horses.

He was preceded in death by his parents, wife, Irma in 2000; son, Tommy White; 3 brothers, Oral, Ivan, and Glen “Johnny” White and one sister, Helen Wells.