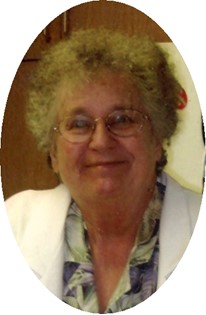 Veda May Albertson was born on October 27, 1926 in Wells County, Indiana to Harold D. and Vava (Pace) Albertson. She grew up with her sister and two brothers in Indiana. She graduated from New Haven High School in New Haven, Indiana.

She married Virgil A. Smith on September 20, 1946 in Whitley County, IN. She was a homemaker and raised their three sons in Huntington, IN. In the spring of 1999, Veda moved to Riverton to be near her sons.

She loved spending her time embroidering, sewing, and taking care of her home and children.

She was preceded in death by her parents, Harold and Vava Albertson and son, Lemual Smith in 2007; sister, Mary Petrie; brother, Charles and sister-in-law, Janet Albertson.

Memorials may be made to CES of Riverton in care of Davis Funeral Home, 2203 West Main Street, Riverton, WY 82501.