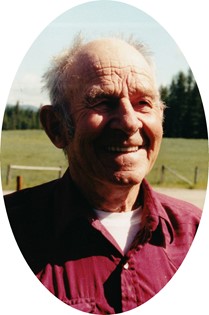 James “Jim” Brewer, 89, of Riverton, Wy. died Wednesday, July 4, 2018 at his home. Funeral services will be Saturday, July 14, 2018 at the Davis Funeral Home. A Viewing will be from 9:00 – 11:00 Saturday before the service. Military graveside honors will be held at Mountain View Cemetery.

James Warren Brewer, born Sept 24, 1928 in Daniel Wyoming in his grandfather’s bunkhouse. He was raised at the Fish hatchery in Daniel for the first few years of his life then moved to Merna, Wy. He logged timber for the family until he enlisted in the Army on Feb. 6, 1947. He was stationed in Japan and was wounded near Suim-Myon North Korea Oct. 27 1951. He received his purple heart Nov 1951. He also received the Republic of Korea War Service Medal.

While on leave in Cheyenne Wyoming he met and fell in love with Mildred Bailey, and they were married on Dec 26, 1954. Following his discharge from the Army Jan. 9th 1954, they moved to Washington.

Jim attended a Trade School in Spokane Washington and began his lifelong career as a mechanic and Welder. After trade school they moved to Harrington Washington, and worked as a mechanic for the Wheat Farms, then on to West Yellowstone Mt as a logger, then back to Pinedale Wyoming in 1962. They moved to Lander Wyoming in 1964, and to Jeffrey City, in 1965. He worked for Western Nuclear until 1977. When he bought a Redi mix plant and opened his own business. After the end of Jeffrey City he moved to Austin, NV to haul gold ore at a small mine in Kingston NV. They spent the next several years back and for the between Nevada and Wyoming until they settled in Riverton in 1996 and spent the rest of his life there.

Jim was a mechanic, welder and jack of all trades, and always had a joke and a funny story for everyone. He loved to travel, go camping and spend time with his family.