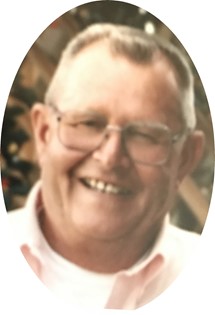 Guestbook 0
Gerald Everet “Mike” Talbott passed away on July 1, 2018. He was 84 years old. Mike was born in Basin, WY to Ed and Inez Talbott on October 31, 1933. He spent most of his early life in Elk Basin and Powell, Wyoming and graduated from Powell High School in 1951. He married Anna Louise Avis on May 3, 1952. Their union produced three children, Mike (Riverton, WY), Pat and his wife Sandy (Ranchita, CA), and John (Tidewater, OR).

Mike worked for the same company for 37 years and retired in 1989. The company was originally Pan American Petroleum before becoming Standard Oil of Indiana and finally Amoco. He started his career at Elk Basin before moving to Meeteetse, WY. From Meeteetse he moved to Green River, Rawlins, Warmsutter, and Casper. He retired as the Senior Drilling Foreman for the Casper Region.

Mike and Anna initially retired to Pavillion, WY. They later moved to Powell where Mike pursued his true love of farming and raising chickens, horses and cattle. After one of his sons returned to Riverton, Mike bought a second farm on Buckhorn Flats before eventually moving in to town in Riverton. In town or not, he loved to garden and was known for his tomatoes and jalapeño peppers.

Mike was well loved by his family and friends and was a mentor to many young company hands and service people. After Anna passed away in 2013, his kitchen table was a local meeting place for many retired oil and gas people. Oilfield stories were the soup du jour. Mike will be missed by us all.

Mike is survived by his three sons, his sister Peggy of Thermopolis, six grandchildren and 11 great grandchildren. He was preceded in death by his loving wife of 61 years, Anna, his parents, his older brother Bill, and sisters Nancy and Jackie.

Cremation has taken place. A celebration of Mike’s life will be scheduled for later this summer.