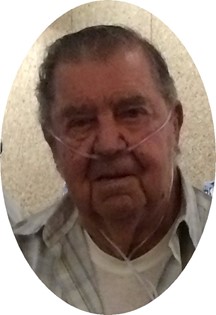 Guestbook 10
Donald “Don” L. Hedges, 85, of Riverton died Tuesday, July 10, 2018 at the Sagewest Health Care Lander from complications of lung cancer. Visitation will be 12:00 – 1:00 p.m., Friday, July 13, 2018 at the Davis Funeral Home. Funeral service will be 1:00 p.m. at the funeral home. Interment with military honors will follow at the Mountain View Cemetery in Riverton.

Donald Lee Hedges was born December 19, 1932 in Bentonville, Arkansas to Jasper Newton and Rebecca Jane (Demmick) Hedges. He was one of 13 children. Don moved with his mother and three brothers and two sisters at the age of two to the Morton area where they lived in a dugout as the family had no home and no possessions. Years later Don and his brother Mervin built a log home in Lander for their family to move to. Don attended schools in Lander attending the Fremont County Vocational High School. He served in the U.S. Army from 1953 – 1955 during the Korean War being honorably discharged with a strong aspiration to re-enlist.

Don loved to work; owning and operating serval businesses throughout Fremont and Natrona County as well as Nebraska. In 1990 Don and wife ReNae started Riverton R.V.

In Don’s early years he loved car racing which he shared his enthusiasm with his boys. He also was busy and enjoyed working, hunting, fishing, camping, and trips to the mountains, time with his family, grandchildren and great grandchildren. He was devoted to his wife. Together they enjoyed traveling in their motor home, boating, and going to Bouse, Arizona during the winter where he enjoyed watching the birds..

He was preceded in death by his parents, 12 siblings; son, Travis Pepper; daughter, Lanie Pepper; and former wife Donna Hedges.

Memorials may be made to Help for Health Hospice Home in care of the Davis Funeral Home, 2203 W. Main Street, Riverton, WY 82501.