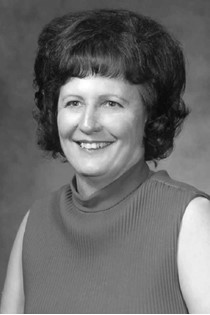 Guestbook 2
Mildred K. Long, 90, of Sterling, Colorado died Sunday, July 8, 2018 in Greeley, Colorado. Visitation will be on Saturday, July 14 from 1:00 – 2:30 p.m., with services to follow at the Davis Funeral Home in Riverton, Wyoming. Interment will follow at the Mountain View Cemetery.

Mildred Katherine Long was born in Minatare, Nebraska on July 10, 1927 to Henry and Katherine (Stroh) Willman. Mildred was the sixth child of twelve. During her sophomore and junior years; she was a baton twirler, and Majorette in the band her senior year. She graduated with a 3.8 GPA in 1945 from Lyman, Nebraska. Mildred moved to Riverton, Wyoming in July of 1946 to be close to her parents who farmed in Missouri Valley.

Mildred married John “Jack” Lawrence Long after his return from World War II on July 2, 1947, at the Missouri Valley Church. The couple lived at Beaver Creek while Jack worked in the oilfield, and then farmed in Missouri Valley and ranched near Hamilton Dome, Wyoming. Mildred was a homemaker and farm wife while raising the couple’s four children. In 1965 the couple moved to Laramie, Wyoming where Jack enrolled at the University of Wyoming in Business. During that time Mildred worked in the University Bookstore. After moving from Laramie, WY, the couple lived in Colorado and Wyoming during their careers. She worked for the Greeley Gas Company and then the Social Security Administration until her retirement in 1994.

Mildred taught Sunday school classes, was a Tri Valley 4-H Leader, and coached little league baseball. She was the first woman to drive sugar beets to the beet dump in Missouri Valley, she enjoyed ceramics, and embroidering tea towels for her children and grandchildren. Mildred and Jack loved traveling, having traveled 48 states and especially enjoyed trips to the U.S.S. Enterprise CV-6 conventions, of which Jack was assigned to from 1942 – 1945.

Mildred was a Past Post Commander of Riverton DAVA, Commander of the Wyoming State DAVA as well as serving as Regional Commander of the Western State Chapters, she also was a Riverton Wyoming VFW Auxiliary member. She was a member of the American Historical Society of Germans from Russia and was instrumental in getting several chapters started in Wyoming and Colorado. She enjoyed playing cards, dancing to all kinds of music, especially Polka's, but her greatest joy was her husband, children, grandchildren and great granddaughter. The couple had 64 ½ wonderful years together.

She is survived by: