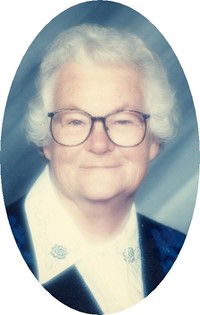 Margaret Jane Wempen was born November 15, 1930 in Lyons, Nebraska to Orville Freeman and Edith Mae (Smith) Fuller. She moved to Fremont County during her 5th grade of school. She attending schools in Arapahoe, Pavillion, Shoshoni, and Riverton.

On June 25, 1949 she married Robert Wempen in Lander, Wyoming. Together the couple had four children. Margaret was a homemaker taking care of the family and the family farms located near Pavillion and north of Riverton from 1950 – 1959. Margaret and Robert had lived in the same home in Riverton since January of 1960.

Margaret worked as an interviewer for 10 years at the Riverton Job Service from 1987 – 1996. She was a member of the Riverton Christian Church.

Her hobbies were craft painting, fishing and camping. She especially enjoyed her time with her family and grandchildren. Margaret and good friend Phyllis Settlemire enjoyed each other’s company during Saturday breakfast at McDonalds and taking trips together.

She was preceded in death by her husband, Robert; parents, Orville and Edith Fuller; granddaughter, Michelle Wempen; and three brothers, Lynal, Orville “Stub”, Jr. and an infant brother.

Memorials may be made to Help for Health Hospice Home in care of the Davis Funeral Home, 2203 W. Main Street, Riverton, WY 82501 . On-line condolences for the family may be made at theDavisFuneralHome.com.