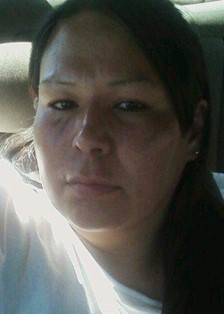 Jody Dee Adelia Blackburn was born on April 10, 1980 in Riverton, WY to Larry Duane Blackburn and Lucia Ann Jenkins. She grew up on the Wind River Reservation and attended schools at St. Stephen’s.

Jody was baptized into the Catholic faith.

She was a homemaker and lived on the Wind River Reservation all of her life.

She enjoyed listening to music and hanging out with her family.